Do Carryover Effects Influence Attentional Bias to Threat in the Dot-Probe Task?

Emotional stimuli are thought to receive prioritized processing. Threatening stimuli like angry and fearful facial expressions of emotion often “beat-out” neutral or innocuous objects (Becker et al., 2017; Schubö et al., 2006) in the competition over spatial attentional resources (Desimone & Duncan, 1995). Attentional bias to threat is a topic of research that intersects many domains and is an essential function for a variety of organisms (Anderson & Britton, 2019).

One of the most commonly used tasks to assess attentional bias to threat is the dot-probe task (MacLeod et al., 1986). In a typical dot-probe task, participants search for the location of a target dot and indicate its position (left or right side of the screen) with a corresponding keypress. Immediately prior to the presentation of the target dot, two adjacent cues (one neutral and one threatening cue) are simultaneously presented for a very brief period (e.g., 100 millisecond (ms)). On congruent trials, the dot appears at the location of the threatening cue, whereas on incongruent trials, the dot appears at the location of the neutral cue (see Figure 1A). Each cue is completely irrelevant to the current task demands. And yet, the threatening cue biases attention to a greater extent than the neutral cue, as shown by faster response times (RTs) for congruent trials relative to incongruent trials (for reviews, see Carretié, 2014; Imhoff et al., 2019). This effect is known as a congruency effect, or attentional capture by threat or attentional bias to threat.

While congruency effects are often assessed by the dot-probe task (Kruijt et al., 2018; Mogg et al., 2017), they have come under scrutiny for poor internal and test-retest reliability (Schmukle, 2005; Staugaard, 2009). One root cause of these issues is that difference scores are inherently unreliable (Hedge et al., 2018). However, some studies have found that attention (and congruency effects) may fluctuate towards and away from threat during the course of an experiment (Zvielli et al., 2015). This suggests attention bias variability could be a meaningful element of attention bias. However, these trial-to-trial variability measures appear to be strongly related to general RT variability (Carlson & Fang, 2020; Kruijt et al., 2016). Identifying new sources of potential variation — like carryover effects — in the dot-probe task is beneficial because they could be accounted for in future studies.

Suppose that an individual’s attention was biased towards a threatening stimulus—like a fearful face—during a congruent trial of a dot-probe task. Such bias could impact the individual’s internal state (Panksepp & Watt, 2011), priming, or increase their association between the target and the threatening cue, which could subsequently cause them to be more biased towards threat in later trials. A persistent bias for threatening stimuli is quite plausible given that threatening cues can also bring about attentional dwelling towards themselves (Carlson & Reinke, 2014; Fox et al., 2001). In the past, others have found carryover effects in the emotional Stroop (Cane et al., 2009; Clarke et al., 2015; Waters et al., 2005; Wilson et al., 2007) and diagonalized visual probe task (Gladwin et al., 2019; Gladwin et al., 2020; Gladwin & Figner, 2019). In these tasks, attentional bias to an emotional cue (i.e., difference in RTs between congruent and incongruent trials) is greater when the previous trial is congruent, otherwise known as a carryover effect (Gladwin et al., 2019).

As for dot-probe studies, however, there is not yet a clear answer on this topic given the very limited number of studies. In one dot-probe study that used threatening faces, no carryover effects were observed (Hill & Duval, 2016). In another study, carryover effects were only observed for accuracy measures, and not RTs (for non-face stimuli, (Gladwin, 2017). But these two studies have serious limitations: one used a small sample (Gladwin, 2017), and the other measured carryover effects after attention training was administered (Hill & Duval, 2016). Here we improve upon these limitations by examining the same question with a large sample of healthy undergraduate students who completed a typical dot-probe task.

How is attentional bias to threat influenced by recent events? In the current study, we tested whether bias to threat (in the dot-probe task) is greater when threat cues recently appeared in a target location, relative to when they appeared in a non-target location (otherwise known as a carryover effect for threat). While we did not find carryover effects for threat, we suspect they are possible in other paradigms and that they exist in real-life scenarios. Carryover effects for threat in the dot-probe task are not likely to influence congruency effects.

In the current study, we sought to test carryover effects for threat in the dot-probe task. To test this question, we performed a secondary data analysis on two dot-probe experiments with fearful facial stimuli (Experiment 1) and threatening pictorial stimuli (Carlson & Fang, 2020). We consider fearful faces and pictorial images of threat to be threatening because a recent meta-analysis on threat detection examined both of them (Hedger et al., 2016). Based on previous research (Gladwin et al., 2019; Gladwin et al., 2020), we hypothesized that there would be such an influence (as indicated by an interaction between previous trial congruency and current trial congruency). More specifically, we expected that current trial congruency effects would be larger when the previous trial was congruent, relative to when it was incongruent (see Figure 1B). If our hypothesis was confirmed, we would have identified an important source of variability in the dot-probe task. On the other hand, if our hypothesis was not supported, we would conclude that the influence of carryover effects on congruency effects is negligible.

Participants. Participants with an overall accuracy below 90% percent (eight in total) were removed from all analyses, leaving a final sample size of 241 (Mage = 21.4, SDage = 4.3; 178 females). The data reported here were acquired during a screening session of a larger study on attention bias modification and brain structure, funded by the National Institute of Mental Health (NCT03092609). A portion of the current sample (n = 127) were included in Experiment 1 of (Carlson & Fang, 2020). The study was approved by the UNIVERSITY Institutional Review Board. Participants received monetary compensation for their participation.

Design. The experiment consisted of five blocks of trials and each block consisted of 90 trials for a total of 450 trials. 30 congruent, 30 incongruent, and 30 baseline trials were randomly presented within each block. During baseline trials, two neutral faces were shown in the cue display and the dot was randomly presented in the same position as one of the two neutral faces (one third of all trials). Baseline trials were not included in our analyses. See Figure 1A for examples of incongruent and congruent trials.

In Experiment 2, our goal was to replicate and extend our lack of carryover effects with another category of threatening stimuli: threatening images (Lang, 2008). We used data from Experiment 2 of (Carlson & Fang, 2020). The method for Experiment 2 is the same as Experiment 1 except for the following.

Participants. Participants with an overall accuracy below 90% percent (4 in total) were removed from all analyses, leaving a final sample size of 82 (Mage = 20, SDage = 2.2; 61 females).

In two dot-probe experiments, we assessed whether attentional bias to fearful faces (Experiment 1) or threatening images (Experiment 2) would be influenced by carryover effects. Given that threatening stimuli are especially salient, their potential trial-to-trial influence on attention is quite plausible. However, the evidence supporting carryover effects for threat has been insufficient to rule out the influence of carryover effects (Gladwin et al., 2019; Hill & Duval, 2016). In Experiment 1, while we did observe a small sized congruency effect for fearful faces, we did not find an interaction between current trial congruency and previous trial congruency. Even for non-repeating target location trials (see Figure 1B), we found no such interaction. There are multiple potential explanations for faster responses on non-repeating target location trials. One is that participants strategically attend away from the emotional cue. Another possibility is that participants avoid previous target locations, as explained by inhibition of return (Posner et al., 1985). Lastly, our non-significant carryover effects for threat were replicated in Experiment 2. The results from our Bayesian analyses showed moderate to strong evidence for this null result.

Carryover effects are analogous to the congruency sequence effect commonly observed in the flanker, Simon, and Stroop tasks (Duthoo et al., 2014). One difference between the dot-probe task and these other tasks is that the distractor stimulus does not directly conflict with the target. For example, in the Stroop task, the font color of the word stimulus can be incongruent with the meaning of the word, which creates conflict when the goal is to indicate the word color. Similarly, in the arrow flanker task, conflict is created on incongruent trials; the two arrows to the left and two to the right point in the direction opposite to the direction of the center target arrow, like this: < < > < <. On congruent trials, all five of the arrows point in the same direction. However, in the dot-probe task, the target does not co-occur with the conflicting cue (they are shown in different displays); they are separated in time, and they are visually distinct categories of stimuli because the cue is a face, and the target is simply a single dot. Therefore, current trial congruency effects in the dot-probe task may stem from relatively low stimulus conflict and therefore be unaffected by previous trial congruency. In sum, carryover effects, or congruency sequence effects, may only arise for specific types of stimulus conflict.

There are some notable procedural differences between the standard dot-probe task (as used here) and other studies that used a similar spatial cueing task but did observe carryover effects. For example, in the unique study design by (Gladwin & Figner, 2019; Gladwin et al., 2020), they presented their cues until the participants made a response, whereas we only presented our cues for 100 ms (Experiment 1) or 500 ms (Experiment 2). Presenting cues until a response is made increases the possibility of attentional dwelling or delayed disengagement from the cue, as opposed to the initial orienting of attention towards the cue (Fox et al., 2001). Another key difference is that (Gladwin & Figner, 2019; Gladwin et al., 2020) presented a distractor (non-target object) in their search display, whereas in the classic dot-probe task, the target appears alone (Mogg & Bradley, 1998). Inhibition of the cue that appears in the previous non-target location might explain carryover effects for the cue (Gladwin et al., 2020). The presence of the non-target distractor might facilitate such inhibition, thereby creating a carryover effect (Gillich et al., 2019; Moorselaar & Slagter, 2019). Future studies on carryover effects should carefully consider their task design procedure. 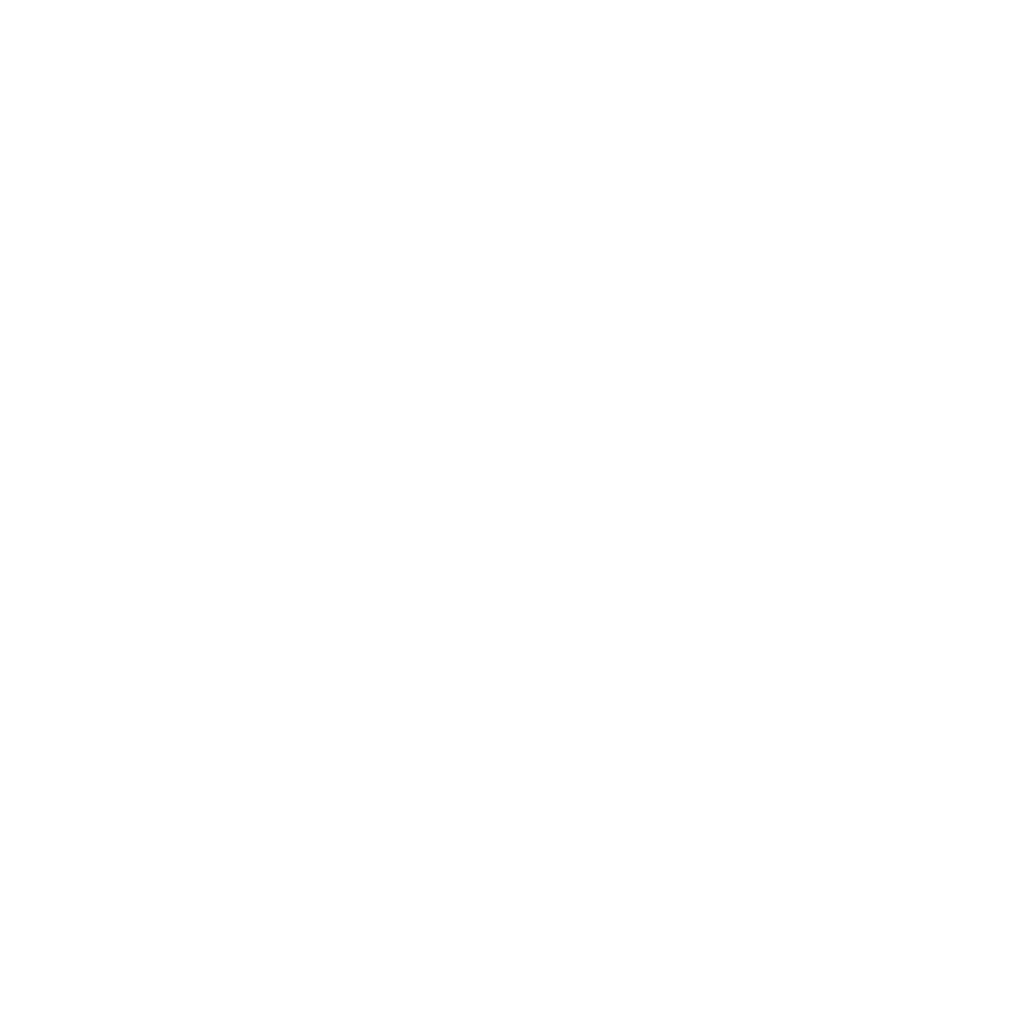 A Center of Trial & Error initiative
Published with